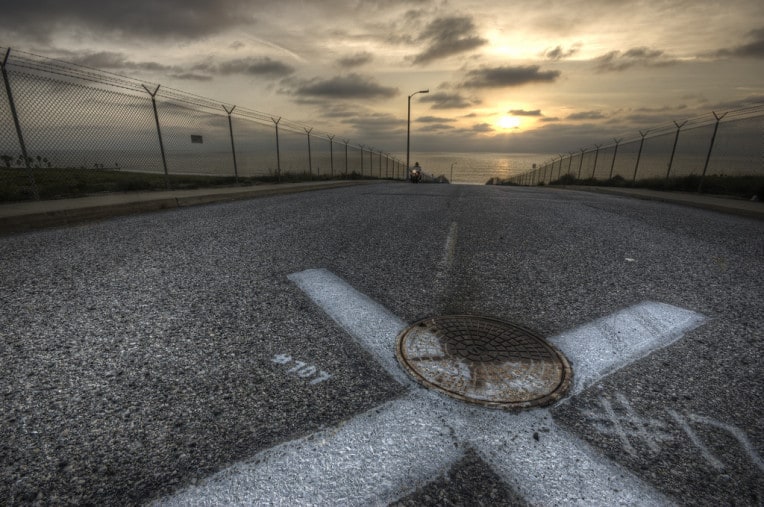 In my book I explained that 9-Ball and 10-ball is basically about staying in control. Either we run out in a controlled way or we play save in a controlled way. This means especially not to light-mindedly try and miss hard shots and, obviously, not to miss easy shots. In case we miss position, it’s better to play a safety than losing the game with a risky shot. With my practice game “Patrick’s X-Ball” you practice staying in control.

First I’m going to explain the rules for classic X-ball, which some of you might know already, before I explain my (of course better) version.

An example: I’m playing a match with six balls on the table. First, we start by racking a regular 9- or 10-ball rack to practice the break shot. In my example I choose 10-ball.

We play a regular break shot. After the break I remove balls from the table, starting with the highest ball, until six balls remain on the table. I don’t take the 10-ball off the table. If, for example, I  made the 2 on the break, I’d remove the 9, the 8 and the 7. Now we have six balls on the table.

Now I get ball in hand on the whole table and try to run out the layout in one go, playing with regular 10-ball rules. If I manage to do that, I get one point, if not, I lose one point. After one inning the rack is over and I rack the next game. I repeat this as many times until I end up either at +5 (I win the match) or -5 points (I lose the match). If I win the match, I’m going to play the next match with one ball more (seven balls), if I lose, with one ball less (five balls). That’s classic X-ball.

A variation would be to play against the ghost: If I run out, I get a point, if I don’t, the ghost gets a point. I’d play this in a race to 7 for example.

I’ve been playing classic X-ball for years and it helped me a lot. It’s much better playing a fake match against yourself than shooting rack after rack without scoring (and not being punished for mistakes). But at one point I recognized that the game has flaws, because it doesn’t properly simulate a real life match and doesn’t reward the right decisions.

Flaw No. 1: I can win a match with a little more than 50% runout quota

No matter which way you keep score: Winning a little more than 50% of your racks can be enough to win the match. In the +/- way of scoring I can run out 30 racks and mess up 25 and still win the set (+5). That’s about 55% runout percentage. In the race against the ghost I can win 7:6, which is about 54% of won racks. And running out just slightly more than every other game with ball in hand doesn’t mean your controlling the game.

As a result, if I was playing with five balls and making mistakes almost every other game, I’d still advance to the next level and start playing with six balls. But often the reason for missing a runout is not about too many blocking balls on the table, but simple shooting and positioning errors. Either because I’m not skilled enough or because I lack concentration. Either way, it won’t help me to practice with six, seven or eight balls  if I regularly make mistakes on the last three balls.

Flaw No. 2: Classic X-ball forces me to play offensive all the time

There  are no safeties in classic X-ball. It’s either run out and win or miss and lose. If I miss position, the only solution is to try a risky or even desperate shot, hoping that I make it. That’s exactly what we don’t want to do in a match against a real opponent.

In classic X-ball I don’t have anything to lose after missing position. I have a difficult or even impossible shot in front of me. Which means I already lost the rack and get a free try. If I miss the crazy shot, I lose the rack, which was likely anyway. If I make it, I’m still alive despite my positioning error (a miracle!). This can happen in a real match, too.

For my practice I came up with a variation which works very well for me. Humble as I am, I called it “Patrick’s X-ball”. The general concept of the game is the same as in classic X-ball. But there are two main differences:

We’re neither playing a race to something against the ghost nor are we playing for +5 or -5 won racks. Instead, we’re playing exactly 10 racks. You have to win at least 8 racks (=80%) to advance to the next level with one ball more. If you win three racks or less, you have to play the next match with one ball less. If you run out between four to seven racks, you keep playing with the same amount of balls in the next match.

This way, we practice to run out at least 80% of the racks, which is definitely better than just 50%, before we practice with more balls. Important: Always finish your ten racks, even if you already “lost”. This way, you can track your long-term progress and you have a clear idea about your “run out coefficient” (see my book).

2nd extra rule: You can neutralize racks with a safety

What counts as “making” or “missing” the safety? Well, it’s up to your interpretation. A position where my opponent couldn’t directly see the object ball is a succesful safety. Should I play a safety on the last or second to last ball, I’d call it a successful safety if my opponent couldn’t directly pocket the ball. The purpose of the 2nd extra rule is to reward good decisions. If in doubt, I tend do decide in my favour, because I’d like to reward the correct decision to play a safety, even if execution wasn’t perfect.

I created an Excel file that you can use to track your practice matches of Patrick’s X-ball. I entered a sample match to show you how it’s done. Download your Excel sheet for “Patrick’s X-ball” here.

I’d like to practice two things for 9-ball and 10-ball: Controlled run-outs or controlled safeties. And I’d like to practice to make the right decisions. With Patrick’s X-ball, both things are rewarded. With a safety, you neutralize the rack and get a new chance – better than missing a tough shot and losing. With the high target percentage of 80% I practice to run out, if the layout allows.

What’s your opinion of this variation? Du you have additions? Please leave a comment!