Things you can learn from Efren “Bata” Reyes 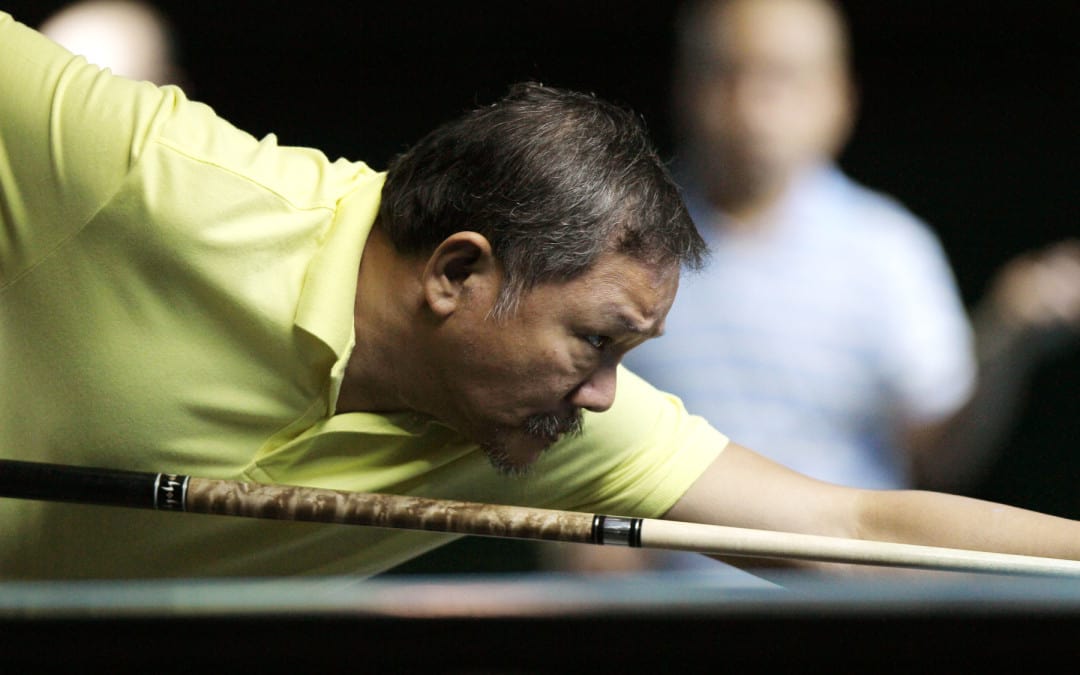 Efren “Bata” Reyes, aka “The Magician”, is one of the best-known, most popular and best pool players of all times. At his peak – he’s over 60 now – he literally shocked the pool world with his skills, especially when nobody knew him in the 1980ies. Still today his game seems to be from another planet. Us “normal” players will never get there; and still we can learn from him.

Efren Reyes isn’t only famous for being hard to beat during his best times. He’s the favorite player of many professional players, because he’s so calm and relaxed all the time. Although he’s one of the best, he still makes mistakes. But even if he makes a mistake, like hooking himself (leaving a difficult situation for himself), what does he do? He scratches his head, smiles and then tries to make the best of the situation. Like here, which might be the most famous scene of his career:

(A little explanation for those who don’t know the rules: They’re playing 9-Ball, where you have to hit the lowest numbered ball first. First, he tries a safety shot on the 5 to hide it from his opponent. But he accidentally pockets the 8 and therefore has to continue playing himself instead of leaving a difficult situation for his opponent).

What’s important: This amazing zig-zag shot could have gone wrong, of course. But because he wasn’t distracted by being angry with himself, but instead tried his best, he made this amazing shot and won the game, the match and the tournament.

Bata is known as one of the most creative players in the world. Sometimes he’s more like an artist than a pool player. He sees patterns that nobody else sees. And he’s willing to try them out. And the stuff that looks so easy nowadays, because he did them thousands of times before, is based on him being willing to try out new things and fail. So, try out new stuff, especially when you’re playing for yourself. Try to understand the game, explore new things, be creative. Discover the player within yourself!

No matter if things are going in his favor or not: Efren keeps smiling. He still enjoys the game so much. You can see that when he tries something crazy and it works out. He celebrates like a little kid. Isn’t it funny that a man who tries to make a living for himself and his family in the Philippines with playing pool, smiles under pressure, scratches his head and just keeps playing? Whereas us casual players go nuts and smash our cues after three shots that didn’t exactly go as we wanted?